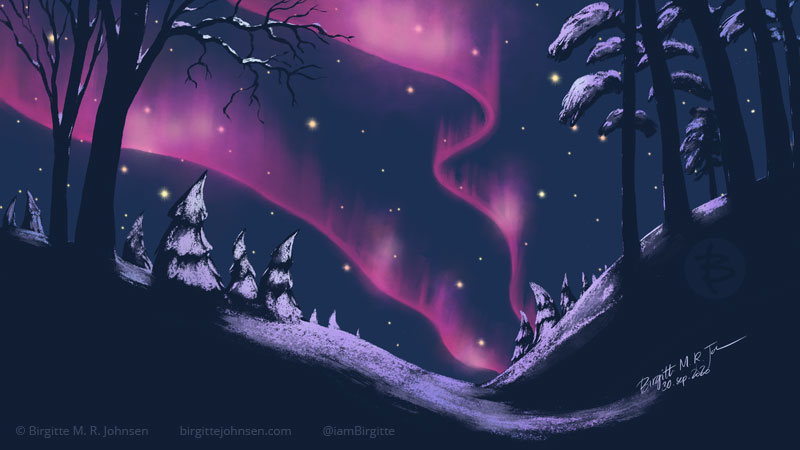 I decided to have another go at my last year’s painting of northern lights (see below), but I decided to go for a darker version, to try to make it seem like it is in the middle of the night.

One of the reasons I wanted to have another go at this image was because I was considering what to do for Christmas cards this year, if I was to do them. Last year I ended up drawing a few rather Christmassy paintings, like the original northern lights, but some of them were painted too late in the year to even consider making them into cards. 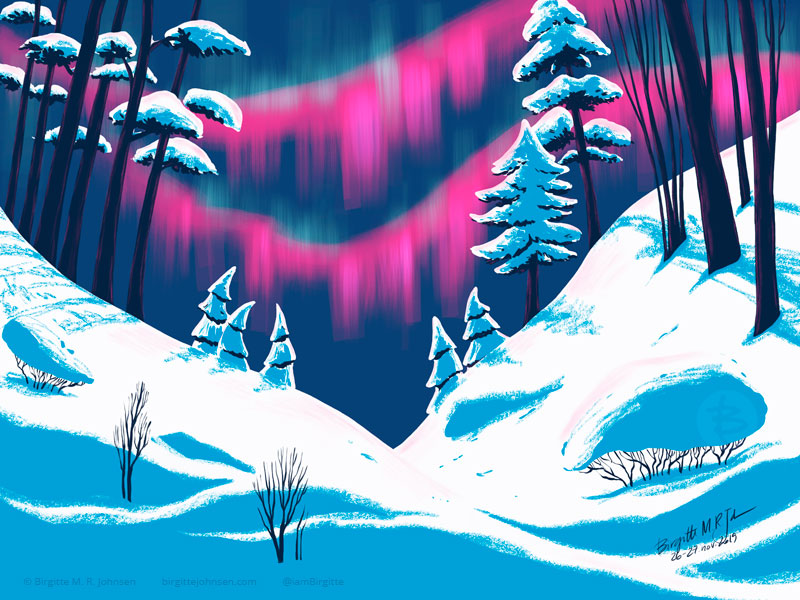