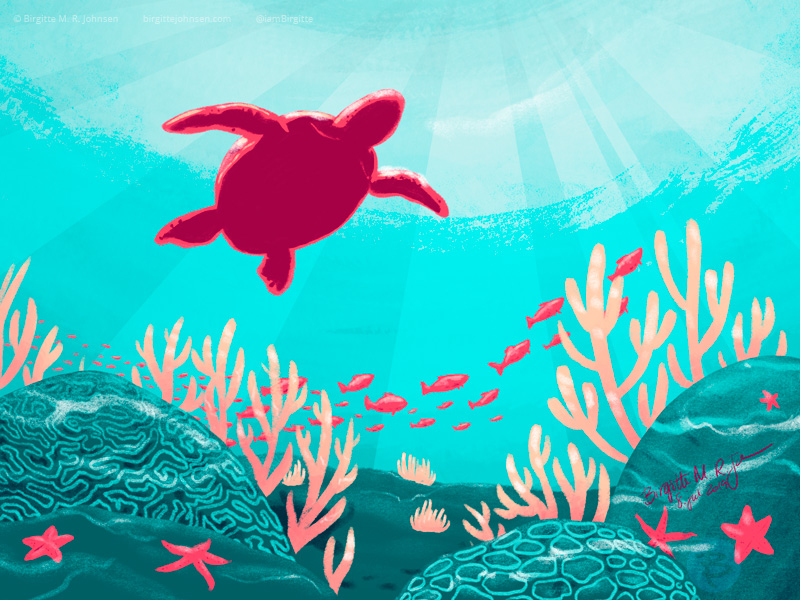 I have to admit that this isn’t really the colour palette we are used to seeing the world in, though I have no doubts that we’d be able to find bright pink fish, and even pink and cream coral. This image was painted during a little art challenge I made for myself, which consisted of painting with limited colour palettes consisting of five colours (plus black and white).

2019 was the second time I held this challenge, so I decided to revisit an image I created the previous year (see below). I felt I could create more contrasts and get the them across a bit better. I did, however, stick to a similar colour palette, though I ensured to increase the contrasts by darkening one of the pinks. In addition to this, I worked more with textured brushes and experimented with layer styles. While I painted the image using only five colours, the layer styles morph the colours based on the underlying layers, which made the background brighter and more reminiscent of the sea. 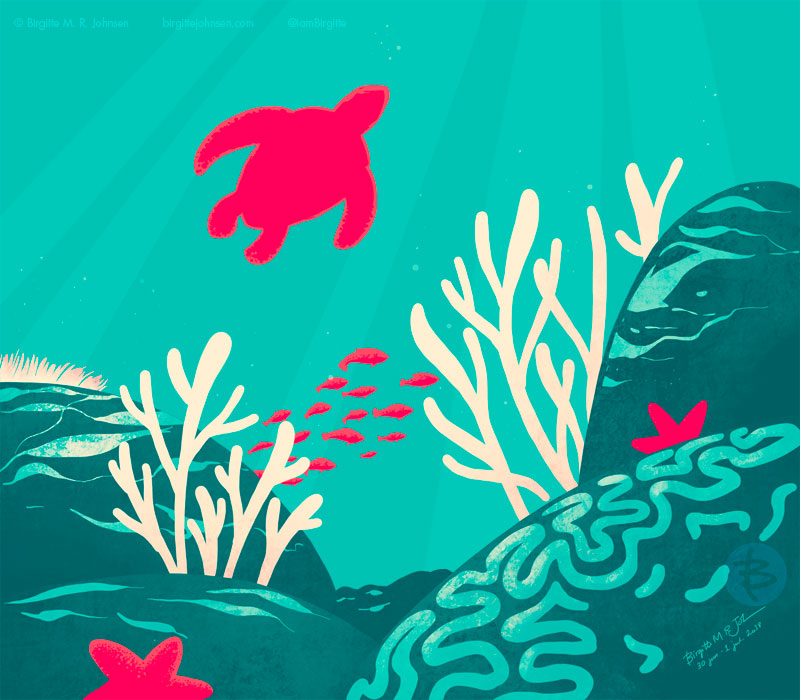 This is the image I painted during my art challenge in July 2018. After painting this I realised that it was quite tricky to distinguish between the two pinks in the image, as the slightly neon pink would overpower the more coral colour, merging the two too much. I’m really happy that I was abl to revisit this image, as it shows what a difference a year can make, and was also a stepping stone to make me more comfortable working with bold colours.