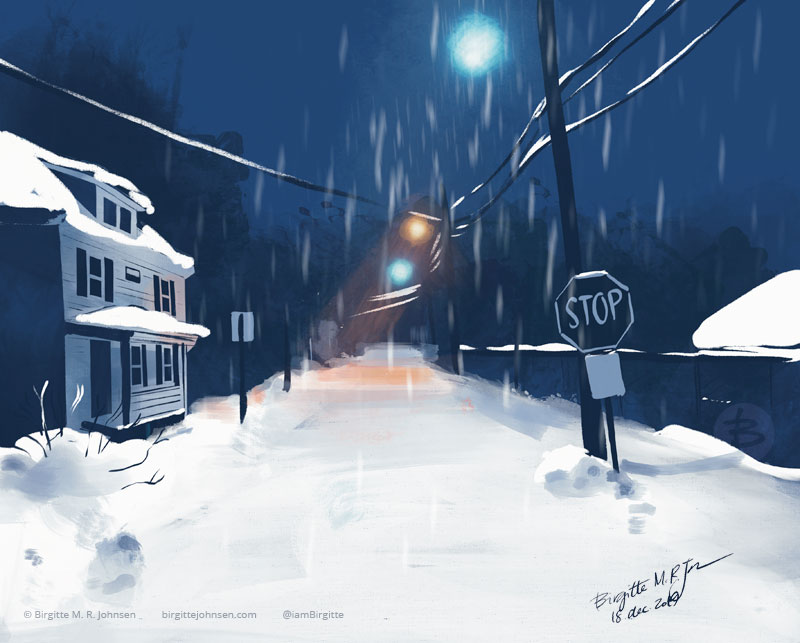 An image based on a photo by Danielle Corsetto. Earlier in 2019 she posted a series of wintery images, which really resonated with me. I approached her and asked if I was able to use her images as reference, which she allowed me to do. I originally painted a version of this around the same time the image was posted, but I wasn’t quite happy with what it looked like, and decided to give it another try later in the year, which resulted in this image.